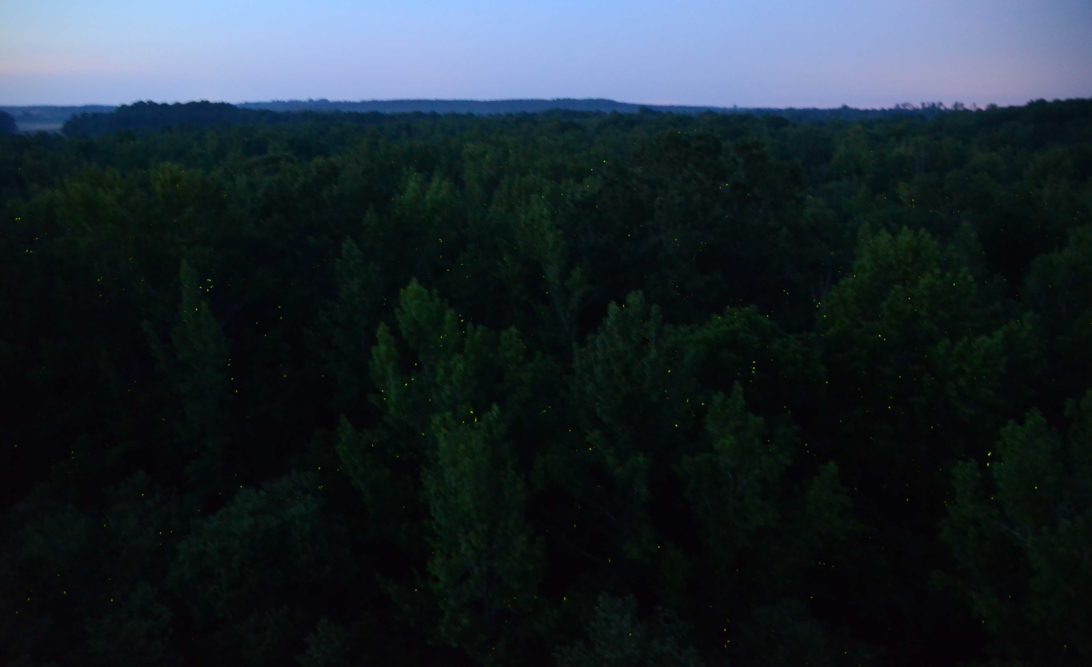 “She blinks softly to lure him in using his love language… and then she decapitates him.” said the volunteer.

OK, OK…what the volunteer ACTUALLY said was more like:

“The female Photuris firefly can mimic the blink pattern of other firefly species thus luring in the males of other species.  Rather than mating, she rips his head off and eats his body”.

You can learn this and more at Farmville, Virginia’s annual firefly festival.  One weekend a year in June, High Bridge State Park offers after-dark hours on the bridge. The public is invited to the unique experience of viewing a valley full of fireflies from above.

Daniel A. Jordan, Park Manager, says festival attendance has increased  from a few hundred people to 1,967 people in 2018. “It is amazing how an accidental program has grown so much after someone unsuspectingly discovered the fireflies below after looking over the edge of the Buffalo Creek Bridge during a June evening star gazing program.”

What does viewing fireflies standing on a bridge over the Appatomax Valley look like on a moonless night?

Imagine thousands of lights twinkling on and off.  Like a random Christmas lights display.

But wait… some of the lights are not random – the lights are blinking at the exact same time. Are they synced? Ooo..ooo..yes, look…there…those ones are synced.

Wait… that one above us is a long streak that is almost blue! Oh -there. There is a blink over there that is more orange than yellow.

Check out the bunch over there! Those are not synced but they have a distinct pattern like they are talking to each other.

One reaction was common among the attendees.  Everyone thinks they saw the most magical blinking at the exact spot they were viewing.  Other overhead comments were:

What else will you learn at the firefly festival?

If you like to get up close with an assortment of  bugs, be sure to visit the ‘bug tent’. The volunteers loosely hang sheets around a series of lights.  Moths, beetles, and various bugs are attracted to the lights.

The volunteers identify the bugs for you.  And when it’s a really unique bug, you’ll know it when a volunteer yells to the other volunteers – ‘Quick, come see this!’

Now, back to the cannibalistic firefly.  Why would these beautiful, magical beetles lure in and eat their cousins?

The best guesses are:  Either the female wants an extra protein rich meal before she mates with her own species, or the meal makes her larvae extra toxic to potential predators.